(First published in May 2014 Issue of Gravel Magazine)

Self driving cars are coming.  Or going.  Depends.  Google’s working on it.  Toyota and Mercedes.  Some Ford cars already park themselves.  We’ve been motoring without drivers on Mars for years, and that’s 140 million miles away.

First, there was self-rising flour.  Now this.  The self-driving, or ‘driverless’ car.  True automobiles.

Most folks don’t remember, but there was a time when the little turntable inside microwaves was operated by a crank turned by hand.  Then it got automated, and everyone was happy.

Hollywood loves to show off the latest technology in movies.  How are they going to handle self-driving cars?  What about car chases?  Is Tom Cruise gonna just stand on the side of the road and yell?

If you own a self-driving car, do you have to make payments?

Will pickup trucks be driving themselves, too?  If a pickup truck drives itself through the mud and no one sees it, is it really dirty?  Will your truck stop by and pick up your bass boat and meet you down at the ramp?

And in real life, how about real cops and real crime?  Running down a driverless perp’s car lacks a certain…resolution.  Why bother?  Why not just head them off with an email? 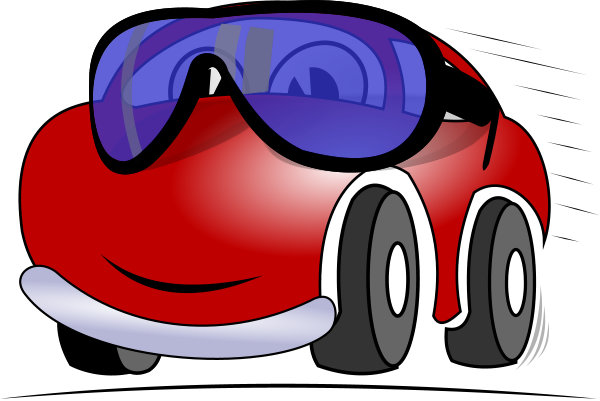 If two self driving cars have an accident, which one is at fault?

Road rage won’t end.  With no one to stare down and yell at, it will get worse.

Here are some other things we can expect:

There will be no need for highway lights.  You can just shut all those off.

There will be no more ambulance chasers because there will be no one in the back as a result of accidents that won’t happen.  And no one driving the ambulance.  There will be a lot less ambulances, too, because your own car will be able to take you to Emergency no matter what your condition.

Will a car know its dirty and stop at the Jaycees car wash in the mall parking lot on Saturday afternoon?

Soccer moms will have a lot more time on their hands.  Window washers at city intersections will have just about no customers.

Will self driving cars be sexual?  Hetero?  Gay?  Trans-fender?

Cars can be smaller because they wont need a front seat. 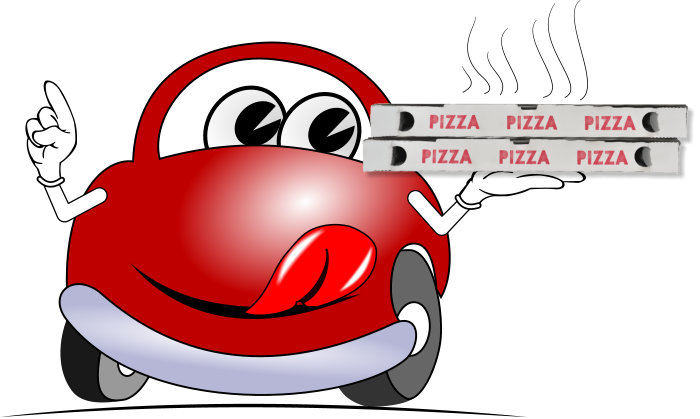 Your car can save its own place among the tailgaters at the stadium.  Send it a few hours ahead of the big game, arrive in your friend’s car and send one home.

Self-driving cars are certain to spawn a lot of accessories…

Thumb Drive: a  software addition which will allow picking up hitchhikers.  It will be infinitely safer to pick up hitchhikers, and as more driverless cars do, more folks will travel this way.  Hailing will be done by a smartphone app, or a feed right from Craigslist Rideshare, so we’ll have the rider’s identity and GPS coordinates.  No doubt, there will be classes of hitchhiker-friendly cars, and certainly some will charge for a premium service: WiFi, refreshments, autoplay of your songlists.  The new hitchhikers will be called  ‘Beamers’, a reference to the hailing app, and in deference to the BMW, the car they wish they could own.  And not have to drive themselves.

iDrive: This software upgrade allows parents to program the entire route and their own driving habits into Junior’s date out on the town.  Sensors will detect overuse of alcohol and/or drugs, and hormone and perspiration detectors are an available accessory that can nip back-seat shenanigans in the bud.

Booty-Kool: refrigerated trunk liners that will allow the self-driving car to pick up the groceries.

TradeIn: software upgrade that lets your car sell itself.  Drives itself to various dealers, and waits at the curb for the best offer.

ModRod: put your offending child into your car for a trip to grandma’s house or school.  Drive at the speed limit, playing Lawrence Welk’s Greatest Hits, or Dolly Parton Duets.  Their choice.

Parking Not:  On street parking in big cities will no longer be a problem with this online service.  For a small monthly fee, your car will be logged in to a cloud-based network of cars in your neighborhood that may occupy a parking space you’d like.  On arriving home, you’ll leave your car, which will ‘bid’ for a spot closest to your house.  Similarly, your car can accept bids while you’ve no immediate plans, give up its space, and, say, drive around and pick up Beamers, and make you side money.

There is no accessory or service, however, that will become as important to the acceptance and utility of self-driving cars like a good pair of cartoon-style, articulated robot cartoon hands. 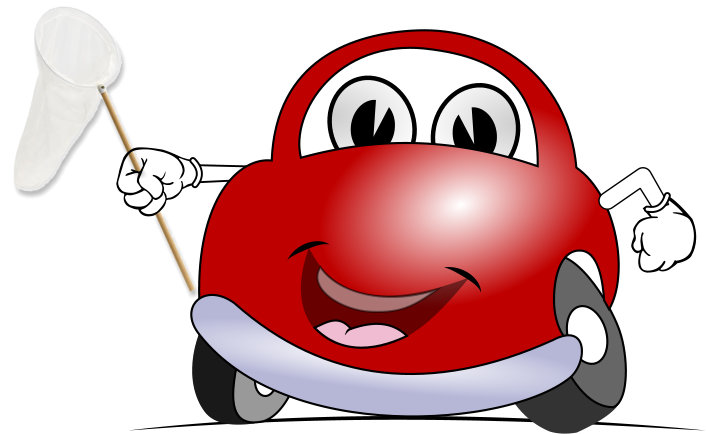 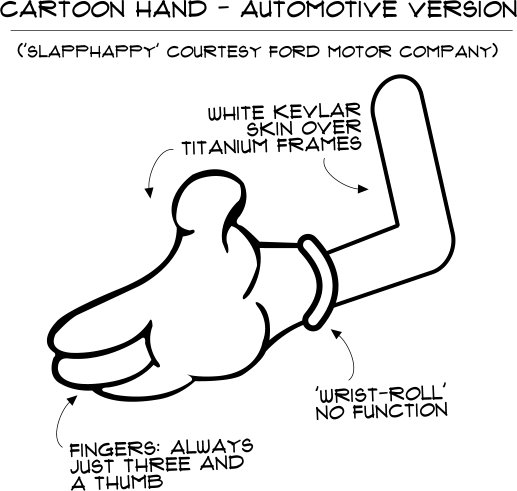 This way, the car can reach out and really touch someone.  Not to mention that the whole world of drive-up is now within reach.  Take-out windows, banks, cash machines, automated car washes.

Self Driving Cars can contribute to the advancement of scientific knowledge, by collecting butterflies, for instance.

Plus, if an unruly hitchhiker starts acting up, the hand can reach into the car and bitch-slap the person.  Or, if parked for any length of time at a shopping mall, can reach onto the windshield and remove any handouts that get posted there. 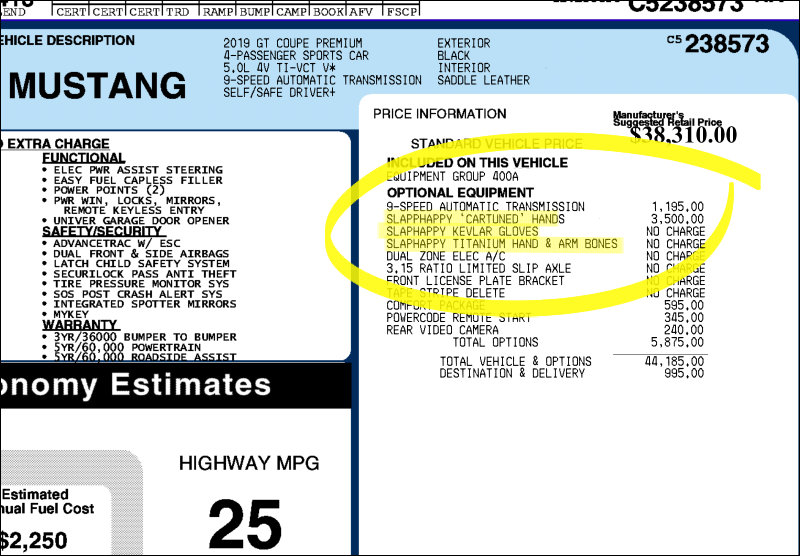 Cars won’t run out of gas because they can pump their own; or in the case of EV’s, plug themselves in. Humans will still run out of potato chips.  We’ll figure out pretty quickly that the cars can pick them up while they’re getting gas.

A car with hands can clap if it sees something it knows you would like. 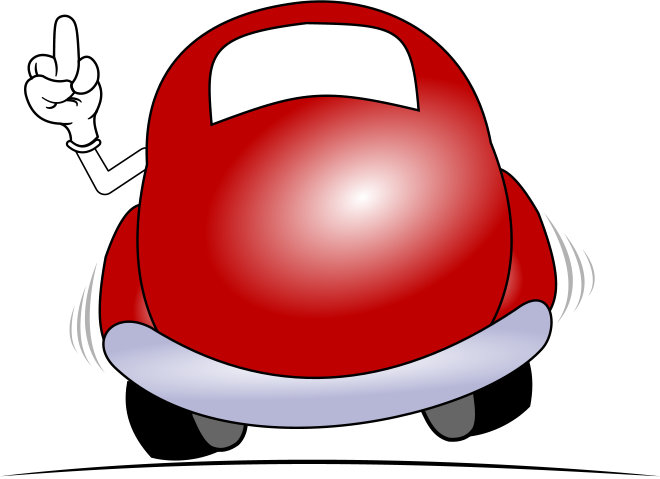 A car with hands can shake yours.  And hold open a door for you.

A car with opposable thumbs on its hands will rocket up the evolutionary ladder, propelled by an ever-enlarging brain, flourishing where other modes of transportation falter, and display diversity in socialization and expression.

Click for Illustration Notes
I had a lot of fun with these illustrations.  I got the inspiration for the car from a cartoon hotdog, “Neweenie”, that I did for a restaurant chain a few years ago.  I borrowed the eyes, hands and mouth from it for this one.  The car was inspired by a VW bug I had in college.  And, I’m really happy with how the window-sticker turned out.