Take Me to the Pilates 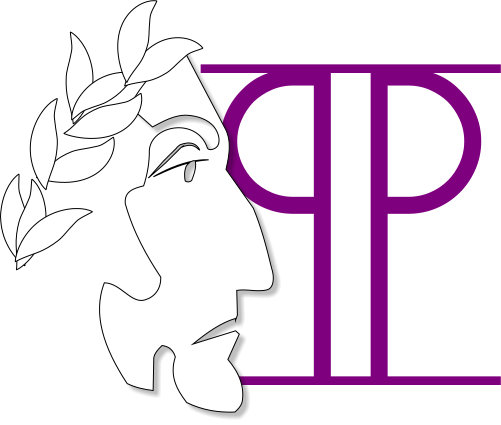 My 61st great-grandpa, Pontius, the Sixth Governor and Procurator of Judea, pronounced Christ’s death sentence and went home to eat grilled sardines and wine with his wife, my 61st great-grandma, Claudia Pilate.

Today, the Pilate Family Reunion at Town Beach. The 1985th year of it. Not all of us here, of course, mostly in Europe through the centuries. Started by Pontius the year after the Crucifixion. Not a party back then, but a remembrance.

This year, it’s my turn to get the clams. Couple hundred dozen. Cherrystones for raw. Piss clams to steam for the New Yorkers. Almost none from here, but the Cape and Chesapeake Bay. It’s a tradition, is all.

Since the clamming ended on the Bay, I build docks and bulkheads. “Pilot Marine Works.” But I still spell my name the old way. “Our cross to bear,” Pop used to say. He really thought that was funny. Mom would roll her eyes. I’d cringe.

My own son, Chip has a much thinner skin than me or his mother, but he should grow out of it. “Hey, Pilate! Punch-us!” was the locker room chant when I was a kid, but I was a winning quarterback, and it was one of our team’s war-whoops. Chipper should think it cool. I hope. But he’s not a jock, and he meets with dread the legacy expression handed down to his classmates from their Wesconnset Bulldog fathers in the present-day hallways and lunchroom of WHS.

I’m sure he cringes at that.

“Suffered under Pontius Pilate, was crucified, died, and was buried,” it says. Not he suffered under the Roman Empire. Under that whack-job son Tiberius had left for a while in Rome to keep an eye on things, Sejanus. Pilate, tough as he was, had in fact his own regrets about the charges. He liked the guy, even conspired to have him sprung, but for the mobs. Pilate wrote to Tiberius that Jesus was a man “pious and strict… for the ages,” that his blood was “innocent,” that he was convicted by “the malignity of men,” that we’d all pay for it. He wrote that afterJesus was dead. Greaty Gramps didn’t have to write anything at all, just keep a lid on it.

This is all old news. But still, at this exact moment, “suffered under Pontius Pilate” is thrumming in the throats of ten, maybe fifteen million people worldwide repeating the Apostles Creed, or one of its variants. At sermons. At funerals. At dedications. Catechisms. Weddings. Baptisms. Christenings. Confirmations. Last Rites. Revivals. Vespers or morning masses, pick one. Adolf Hitler is being cursed, by what, maybe a hundred thousand at any one time, tops?

The only franchise Catholic prayer in which a person other than the Holy Trinity is called out. First and last name, so there’s no doubt, like an all points bulletin. And it’s not like Greaty Gramps did the deed. Christ did not, as said, suffer under Pontius Pilate, any more than a tax court judge impounds an offender’s vehicle.

There’ve been at least one Pope and several leaders of other churches who’ve brooded about a new spin on our ancestors, maybe even a rewrite. Nonsense, we descendants say. Some have their names changed. One invented an exercise routine, so he went with it.

My son arrives at the gala via vintage clamboat, just to bust mine, steps onto the sand like Caesar.

Three cans left in a Foster’s six-pack ring dangling from one pinky. Carnations in the other hand for his mother. I hope he can look back on this and smile.

There are always a few centenarians in attendance; the family tree is full of long-lived Pilates. All the great uncles play bocce, the young cousins volleyball. There’s a scrapbook over 1700 years old, and all Pilate children’s futures are blessed. Someone spells “Pilate” in seaweed in the sand. Gulls bawl. Tarballs are cursed. People hassle, “Sabretts or Nathans?” “Jets or Giants?” “De Blasio or carriage rides?”

The sun goes down. The fire pit lights up. We grill the traditional sardines to serve with the wine. We wash our hands of it. We sing.