Keeping Up With Cait 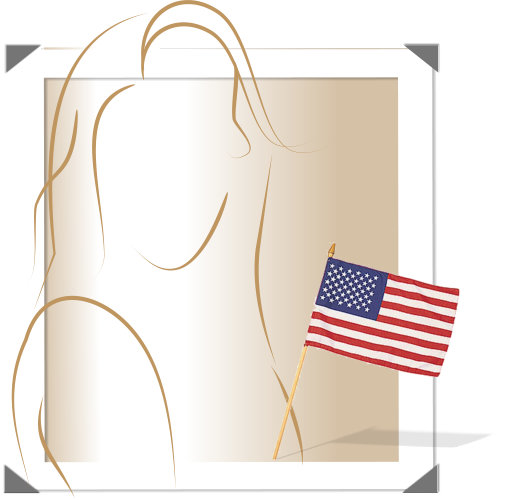 One look at the picture gives Will no hint of the heroic Olympic pedigree. Or their history.

He sees in the photo no naughty Miley, cheery Gwyneth, brooding Klute, or even a steamy Kim Novak. This is pure femme fatale. And it resonates most with a certain ‘Eisenhower’ demographic. Will’s.

Backed into a shimmering golden corner of some intimate space, Caitlyn could be an exile in a gilded cabana on the Côte D’Azur, the strapless crème fraiche Waspie the pinnacle of postwar swimsuit couture. Though strapless screams ‘now’.  From under that nostalgic, cascading, caramel-highlighted brunette tousled wave with high, swooping side-swept bangs: at him?

The arms arrested, held behind in a pose submissive, or just shyly vulnerable? Anatomically, it works perfectly to further pucker that corseted suit and project those pale, bony shoulders outward.

Will saw the signs back in ‘76. In Montreal he (Bruce) seemed to never have his eye off those cameras then, too. Especially during the longer races, when he seemed to know that the slo-mo replays would key on his long, flowing hair, his over-the-top huffing and puffing.

And that hair. Even for the hirsute 70’s, for an athlete to sport such an abundant coiffe was excessive. But he seemed to enjoy the wind in his locks, and always gave the camera its best angle to showcase his mane, that decidedly center-parted bob.

He saw Bruce make the Olympic team in Eugene, losing a gear on his VW bus, a tooth, and a girlfriend, keeping up with him all the way to Quebec where the din of Parc Olympique rang the Embassy mortar shells back into Will’s head, and he froze, till long after the seats had emptied and security carried him out. He woke that night aside a buff Québécois EMT with peach-fuzzed six-pack and Sen-Sen breath, beat him to within an inch of his life and never set foot in Canada again.

Will looks again into the face in the picture for something, anything familiar, any hint of Bruce-ness. But as he searches the eyebrow arch, the sharp, pencil-thin lips, the high cheekbones, the warm, inviting eyes, he finds…nothing he remembers. Nothing of the beaming Wheaties Olympian, the friendly, leaping jock, whose histrionics were nearly painful to watch at the time, starting his victory lap flailing at the sky with that comically small American flag.

Was he telling us even then that size didn’t matter?

Until he grabbed that much bigger one, and pranced around the track.

And waved it, Will wondered then, at him?

Guys, Caitlyn’s smile tells Will now, are so dumb.