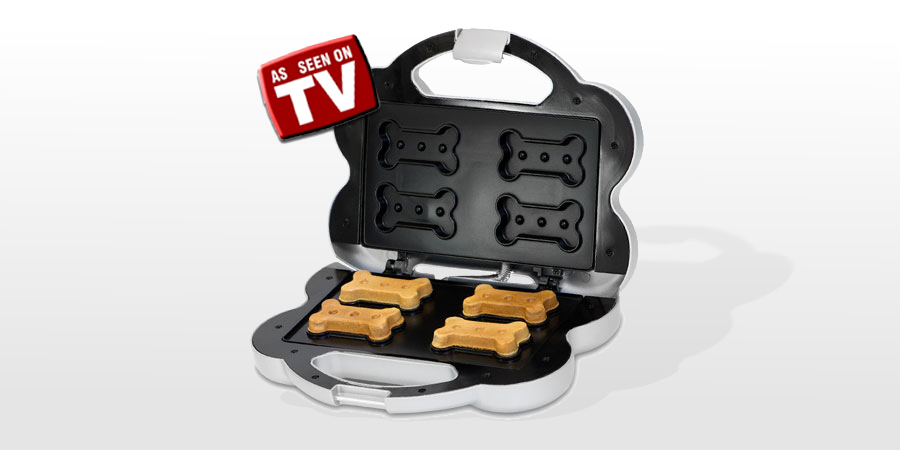 Bake A Bone, the countertop appliance that bakes homemade, all-natural dog treats at home, as seen on TV.

Recipes for these treats are organic and gluten free, and include such runaway hit flavors as Cheesy, Bacon, Bare Bones, Snickerdoodle, Banana, Breath Mint, Thanksgiving, and Peanut Butter.  Inspired by a waffle iron, this ‘waggle’ iron cranks out four biscuits every 8 minutes.  Toss those preservative-laced, stale, boxed factory-made bones away and give your pets the reward they deserve, all for pennies per treat!

But they’re not just for dogs anymore.  Drowning Book has uncovered a number of similar appliances that have hit the market, designed to cash in on this custom-baked treat craze.

Here are just a few: 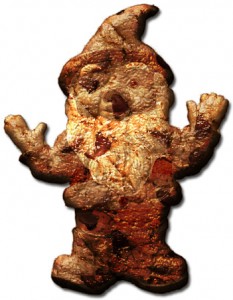 Inspired by the ‘Schittchen’ or ‘Stollen’, of the Thuringia region Germany,
home to the ceramic version that stands guard in lawns and gardens everywhere, this pastry is sure to charm.   Said to help in the garden at night, though what they help with is not exactly clear.  Often the object of pranks, ‘gnoming’, as it is called, they are abducted and ‘returned to the wild’, generally for a token ransom.  The offended traditionally first send a note to the kidnappers which must declare in these words, ‘We have Schittchen Stollen!  We are prepared to pay’.  This signals the perpetrators to come to dinner, where the ornament is returned, the fresh buttery cakes, densely freckled with nuts, currants and candied orange peel are shared over coffee, and all is forgiven. 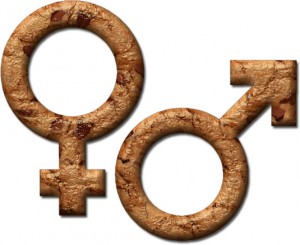 This confection comes in either male or female varieties, and eating just one causes the release of attractants that will interest members of the opposite sex.  Or the same sex, depending.  Inspired by French and Italian baking methods, some combinations of which have a long history,  these dainties follow in the macaron tradition of two featherlight layers held together with a buttercream of vomeronasal stimulants.  In some, these confections promote the marking of territory with the crumbs of additional cookies, these trails also serving to guide potential partners through crowded nightclubs, bars, restaurants and amusement parks to the scent’s excreter.  They are available only by subscription with proof of age, and delivered via mail in plain brown envelopes.   Use in ring-toss games not recommended. 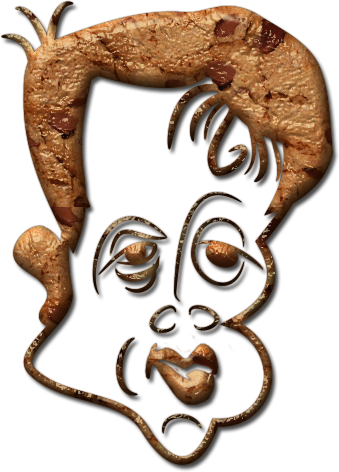 After eating one, it’s said that anything the character Rocky Balboa says is understandable, and in fact, profound.  A person eating two a day for a week will notice a desire to forsake retirement, to box, and do one’s own stunts in action movies, along with an increase in muscle mass and reduced body fat.  This delight features a custard, marscapone and espresso mixture molded into a tiramisu-inspired caricature of the actor’s face, and baked in a wood-fired version of the appliance.

This is one treat that’s not for eating.  A variety of recipes combine ingredients that treat dry or dull hair, frizz, flaky scalp, or sun damage, adding in body and wave, sheen and manageability.  One recipe, ‘Trump Card’, keeps combovers in place.  Endorsed by The Donald. 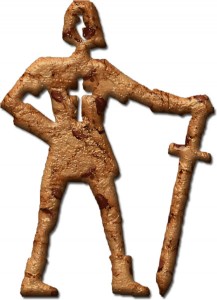 Guided by angels to deliver France from the invading British,  Joan of Arc may have experienced delusions from drinking unpasteurized milk as a young girl.  Of course, nothing goes with milk like cookies.   A pâte à choux is baked in the appliance, the puff-pastry dough’s voids stuffed with a secret Coulis, a fruity bravoure that will motivate you to storm the battlements of invading armies while deflecting cannonballs off your helmet, and taking legions of enemy forces in surrender.  During the holidays, the pastry is glazed with hard caramel, in honor of Joan’s armor.

Here’s a treat that can be piloted remotely, from any smartphone, and sent to neighbors’ or friends’ homes as an RSVP, apology, gift, oblation, or peace offering.  Features a Marzipan fuselage with a Crème fraîche-filled cockpit, nougatine wing-flaps and miniature dried-fig landing gear.  Runs on two ‘AA’ batteries, not included and not edible (the batteries); hand-launched. 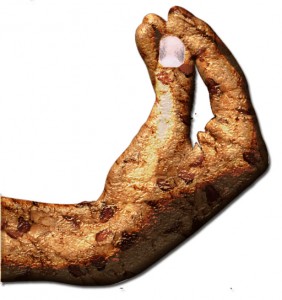 It’s said that Italians talk with their hands.  What better way to express one’s concern, disgust, angst, loathing, confusion, perplexity, or displeasure than with this edible, life-sized gesture.  Beneath the thin, yet crusty shell, this confection’s texture is soft, yet flaky, inspired by the Sfogliatella Riccia of the Naples region, with a similar filling of and candied orange peel infused with a measure of  Campari to ever-so-slightly “si rimane con l’amaro in bocca” (‘leave a bad taste in the mouth’) , the whole dusted with confectioner’s sugar.   Madones are delivered to an offending party in a small white paperboard box neatly tied with string, usually by a young, polite child who should be tipped.