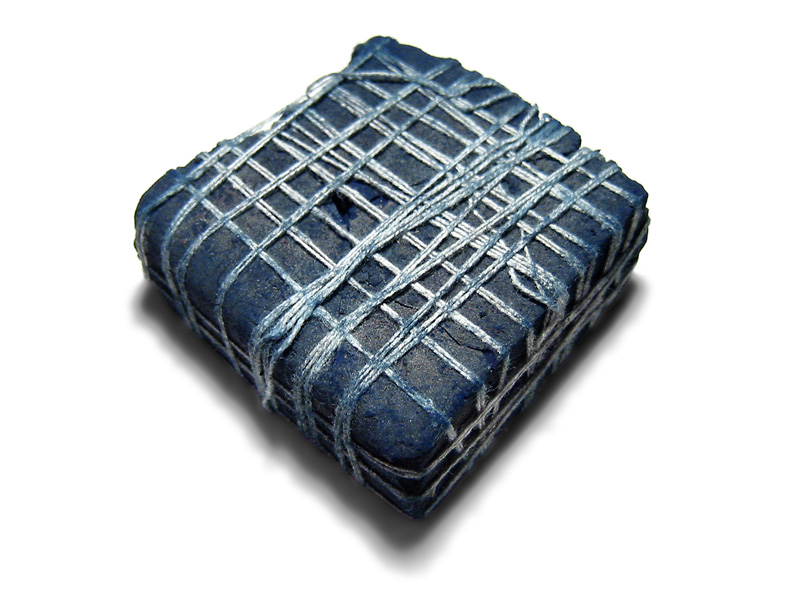 Massah blamed poorly tanned hides. Lady Livy was sure it was fouled coffee. Or the bacon. But the more rice was planted, the more white people died.

All other Folk though, knew the morning mists from the still waters of the rice fields held the cause.

Word came from Charleston to stop ringing bells at funerals lest the panic spread wider.

Damn the causes to hell, Massah groused. Add the market’s wild cycles and he needed a new crop. Indigo’s time arrived. Where it grew in abundance, fever was nil. And the world clamored for the deep, firm-fixing violet dye, the variants from the American South prized most of all. With a successful demonstration of the Pinckney method yielding several high-quality batches from Indigo from his own woods, Massah ordered the rice fields drained.

Missy Qualm arrived at Jessamine House after that. Born of parents whose only union was a brief, sweating tryst in neck irons, she was sold away a few months after birth.

“My color is deep. Like no one at Jessamine House. Massah never call me by my name. ‘And this hee-uh is our Missy Dah-kest,’ he would say.”

Barely a teen, Missy Qualm showed a stunning grasp of the dye-making process. With mathematical precision she managed the processing from harvest through wrapping of the dried, finished cakes of dye. Her quality and consistency were astounding.

One day, Lady Livy asked her what she thought of the color of one bountiful batch.

‘The male of course! Then Beau Jaybird it shall be,’ Lady Livy had said.

Christened ‘Bo-Jay’ by the trade, demand for the tint soared throughout the South and Europe, and Massah and Lady Livy grew rich once more, and multiplied.

Missy Qualm was never much taken with her eminence among the enslaved at the plantation, though she prized the second-hand light linen skirts the Lady Livy sent, one of which each year she was allowed to color with a small measure of dye, and wore hoopless. Any article of Indigo was highly prized among the Folks, and the bluest skirt was an honor for only the most important of the Dye Makers in the region. Missy Qualm was all that.

The Dandy Man came to buy the Indigo. He wore a frock of carmine, a broad, feathered sweetgrass hat and bright Bo-Jay Indigo breeches. His pink hands turned the string-bound cakes over and over, his eyes darting between the sight of the plum dust on his skin, and Missy’s dark beauty before him. The Dandy Man loved shades deep and rich.

‘In twenty year he never lay an unkind hand to me. All it would have took was a word to Massah or Lady Livy. In those twenty year, I had as many lashes on my back on word from the Bighouse. The Dandy Man come sometimes late in the night, after dinner with dem. He would knock, wait polite. He lead outside. In the starlight, he would stare at my hands. His ‘Nubian’ he call me.’

In her eighty years at Jessamine House, Missy’s hutch looked onto a view unchanged: The pumphouse, the kitchen, the hump of road that led to who-knew-where, the crowns of fences that edged two fields. And the Chainpost, stained by the co-mingled blood and spittle of all those ever enslaved at that place. And the ruts left by the wheels of wagons taking four of the infant children wrenched from her arms to lives she’d never know. But for the ruin that visited in the last years of Mr. Lincoln’s War, unchanged all.

How many thousands of pounds of Bo-Jay the years had seen her paddle and puddle and dry and package in little squares, she couldn’t guess, though not all was sold. Beneath the floorboards up in the Bighouse attic, Missy Qualm had heard, Lady Livy packed a stock between the joists. ‘The Trove’ it was called, a hedge against market conditions.

For decades after the trade had departed to lands beyond the sea and Massah and Lady Livy passed, their children ascended, and Missy Qualm was turned out to the fields. Demand for Bo-Jay sputtered on for another dozen years. Fashions changed and society found other colors to prize. Cotton was the new king at Jessamine. The whips cracked more menacingly on the grounds, and the Chainpost replaced and reinforced. The few privileges as Dye Maker faded, her long Indigo skirts sunk into memory and talk of The Trove with them.

One morning, the Dandy Man arrived. For two days, a regular procession carried The Trove down from the Bighouse attic where countless little bricks of Beau Jaybird were packed into empty crates and put into two wagons. There was talk of a vast, mysterious customer for the dye. Before leaving, the old man, now in muted gray and pug hat, sat with Missy Qualm at her door. After a long silence, he rose, taking her hand. He said he wished once before he died to know that color on his own skin, to sink into the dye tank and rise, born anew, of shades deep and rich. With just a hint of Bo-Jay around his ‘edges’. And ascend with her to heaven, where she was surely bound.

He handed her a sack of cakes of her own legendary Indigo, and left.

‘They threadbare and woeful when they arrive, those Nyankees. Young Massah and all dem gone a day before, to hell we pray, when de troop come. They honk like geese at whatmay find in the houses and barn. They piss in the flowerbeds and poke every bale of hay and corncrib with the long knive on they musket. But they deestunt enuf and leave all us Freedmun to our way.’

‘Sun shine bright off the brass buttons of they coats. And dat wool was a color I know. It was Bo-Jay.’