The Presidents Who Loved Me 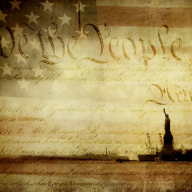 For the purposes of explaining this theory, I want to say what I mean by love. There are many interpretations of love; it’s one of the most defined, debated and analyzed terms in the language. Much is done in its name. Here’s one definition I want to use: love is when someone does something for you that no one else is willing to.

There was nothing to like about him when I was in college. We ridiculed his speeches, hung him in effigy, cursed his imperial mannerisms, his policies, his appointees. That was even before Watergate.

Then I left school for a semester of Rock ‘n Roll, thinking there could no possible harm in that. This led to my student deferment being revoked.

The letter was waiting for me when I came home on my 21st birthday.

I accepted this, and obliged to take the physical and mental tests required. I still showed up for protest rallies and marches, continued to grow my hair, and took on anyone who supported the war. But I knew I’d been a knucklehead and had no one to blame but myself. Then, just days before I was likely to be summoned for induction into the Armed Services, the President came on television and announced the end of the draft.

What was in it for Nixon? The end of an unpopular program at that time, the fuel for mounting protests by me and others of similar age or tie-dyed wardrobe, and just general civil unrest. It was a political move, shrewd, just like he was.

My generation was dying in Viet Nam in dramatically decreasing numbers in 1972, but support for the war was dropping even faster.

The Nixon decision gave me a choice. I chose to go back to college. I had a different life than what events were planning for me. Those events were under the control of people who were not of a mind to give me a choice. Years later, those same people admitted they had it wrong, anyway.

Similarly, Obama gave me a choice.

It’s like Nixon said to Obama across time and space, “I’ll keep him alive. You take care of him.”

People who love you give you a choice. Like, “Honey, red wine or white with dinner tonight?”

Now I’m older, the vintage version of me. And Republican.

I had heart surgery a while ago. When events changed in my life recently, I found I could no longer get health insurance. I had a ‘pre-existing condition’.

I argued with insurance companies that, hell, my life was a pre-existing condition. Most hung up the phone on me at that point.

No one was willing to do the something for me that would help. I was back in the day again, a student pining for no more than to kick a can one more time down the Quad on the way to Philosophy, or jam with my friends in the Student Union, or skinny dip in the quarries nearby, helpless to stem the tide of events conspiring to suck me into the black hole of a pointless war.

This time, it was the ‘Affordable Care Act’ kicking in. It was down to the wire, the weeks just ticking off.

What was in it for Obama? Not a plug nickle, that I can see. Sure, it’s the government’s insistence further into our lives, but how else can you insure the health of a nation without a national effort? No one has come forward and expended any effort to solve this. He did. And his party.

The Clintons tried to get us to care about this, over 20 years ago. Didn’t like them, either, but they were right and we all knew it. We beat them like stepchildren.

The recent hysteria about Affordable Care includes dire warnings about ‘death panels’. That’s not to say that now that this camel’s nose has intruded into the tent of our private lives it won’t morph someday into all manner of litmus-tests for treatment, based on age, weight, eating habits, health history, genetics. Or voting record. But is not the social Darwinism of the Republican mindset a defacto ‘death panel’, too? That only those who have unblemished health histories and means should be able to get insurance? And live? That the rest of us should just go away, or suffer the economic freefall of loss of house and family assets for a few more days on this side of the ground.

Both parties are happy to abide the government’s intrusion into our personal lives. Republican social engineering cheers the survival of the strong and capable; the liberal agenda simply extends this thinking to everyone on the other side of the country club gates.

I like to imagine that both men, standing in the same Oval Office, in quiet moments gazing out onto the Rose Garden as they contemplated these legislative actions. Each considered me as if I were their sole constituent: Nixon, saw one shiftless skinny hippie; Obama, one Deep-South Cracker Antichrist.

Both smiled, softly, “This one’s for you, little buddy.”

More sobering is the likelihood that at the time of my Nixon ‘pardon’ that the war planners of the day were probably well along with requisitioning (1) uniform, (1) pair of boots, (1) M16, and (1) canteen, in my name at the time I was called up. And (1) body bag. I’ve sometimes wondered about that bag, how it wound up in a government warehouse, or perhaps got recycled. I sure hope it wasn’t used for anyone else.

More recently another body bag was prepared for me, I suspect, as the insurance companies, one after another, rejected my advances for coverage, and made available their statistics to the medical supply industry.

If I could, I’d buy it and donate it to the White House.

This President could use it to store his basketballs. Or golf clubs.

If I could vote for him again, I wouldn’t, either time.

But I can feel the love.