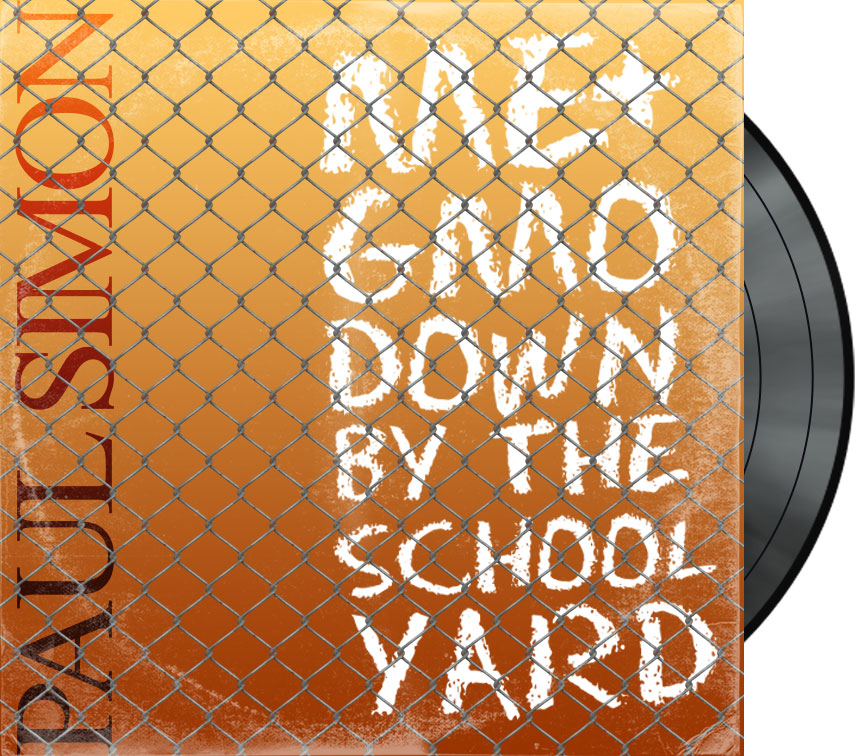 Paul Simon, the singer/songwriter, recently shared his views on Genetically Modified Organisms. An artist who revels in contrasts, in mixing metaphors and far-flung imagery, both in his art and personal life. Turns out, he is quite the closet geneticist. Consider some of his titles: “My Little Town”, and its nature vs. nurture ruminations. “At the Zoo” his early celebration of anthropomorphism. “Myth of Fingerprints”, which was apparently about nothing at all, but it had that in the title. “I am a Rock”. Really? Shale or limestone? Then, not to be outdone by his own sedimentation, followed with “Loves Me Like a Rock”. There was “One Trick Pony” a tribute to ‘god’s immaculate machine’. “Hearts and Bones”. “Allergies”. Shall we go on?

In the early 70’s Simon sought to give his scientific leanings full expression in an album to be called “Me and GMO Down by the School Yard”. The record company thought otherwise; Simon, undeterred, funded a limited pressing; we have obtained a rare surviving copy. The album was to include new as well as reprised melodies with revised lyrics, exerpts of which follow; first some liner notes: 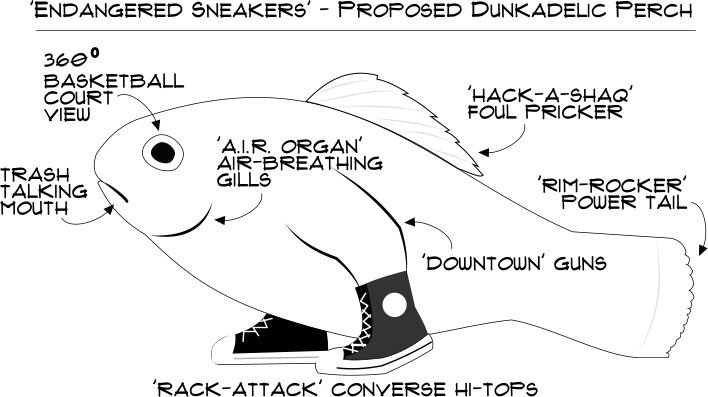 The inspiration for some of the songs on the album was this concept for a genetically-modified organism, rendered on the album’s liner notes. This basketball-playing Perch was a collaboration between certain unnamed members of the New York Knicks, and Simon, an ardent fan. The following are samplings from songs on the album:

Me and GMO Down by the School Yard

To this day, no one knows what the ‘Pajama Mama’ saw, not even Simon himself. That, together with the concern neighborhood activists in Corona had at the time, that the song would cause an influx of basketball-playing Yuppies from Long Island who would inundate the public playgrounds of this Queens neighborhood. This motivated Simon to pen this GMO alternate.

Sung to the melody Me and Julio Down by the School Yard:

The Queen of the Perch swam to the light

as her eggs settled down in the beaker;

And the scientists chant, “Let’s get that grant,

and add some genes from a sneaker.”

Well I’m on my way

I don’t know what we’re makin’

Taking this species I don’t know where.

See You, Me and GMO

Down by the schoolyard

This was a favorite of the Life Sciences community some members of which were invited to some of the recording sessions. Simon had originally planned it as a song called ‘Going Home’, and which was barred from some radio stations because it had the word ‘crap’ in the first line. That, together with trademark issues his lawyers had warned him about, caused him to keep this version at the ready for use instead.

Sung to the melody Kodachrome:

When I look back

On all the quacks I knew in research

It’s a wonder science grew at all

But when they cross a fish

with shoes they call it progress

If the Perch can dunk a basketball.

They give us allele persistence

To make us disease resistant

They plot all your genome trending

And map all your patents-pending

Of course, songs entirely about basketball-playing Perch do not a Rock and Roll Hall of Fame songmaker make. Here’s a lament about the proliferation of GMO’s in the foodchain.

Sung to the melody Slip Sliding Away:

You get the heritable materials aligned to Combine DNA

Well I know a legume, it came from my hometown

It resisted infestations like it wore a thorny crown

But then its genomes, were recombined

You get the heritable materials aligned to Combine DNA