Desserts are  fun.  People love to eat them, and chefs love to make them. But I’m going to go against the grain and tell you that they can wreak havoc on your physiology in ways your cuisinier is not telling you.

Take ice cream.  The ice cream Hhadache, a.k.a. ‘cold-stimulus headache’ or ‘brain freeze’, is a sudden cranial pain caused by the all-too-quick consumption of frozen desserts.  We’ve all had them, and it’s endured as a small price to pay for the bliss of by a bowl of gelato, frozen yogurt, sorbet or Creamsicle®

In the Middle Ages, ‘humors and bile in the eyce creame causd by the deville’ were considered the cause, for which the application of a hot iron to the head for relief was recommended.  More common was a reduction of the size of spoons to the point where it was impossible to eat the dessert before it melted, reducing the little joy of those times so much that the Dark Ages were extended several hundred additional years.

Ice cream is not the only confection that can visit calamity on human physiology.  This has been a guarded secret at some of the world’s top culinary schools.  If news of other dessert-related infirmities were to reach the public, the effect could spell disaster for haute-cuisine.  The careers of top pastry chefs would be imperiled, and institute enrollments would plunge.

We have recently come by this passage from a confidential internal memo leaked by a student at the Paris branch ofLe Cordon Neu, a top international culinary institute.  In it, examples of what is termed ‘Desert Dismay’ are revealed:

“NOTICE TO STUDENTS:  This information is being provided to help you distinguish legitimate patron allergic reactions or food borne illnesses in the interest of efficient kitchen management.  None of this data can be shared with the public or the media.  Failure to do so will result in the revocation of your Pastry Chef Credentials.

Amaretto Forgetto – In rare individuals, the almond base of this spirit incites a selective memory loss, whereby the drinker adds shots of the spirit to recipes, and other things, having no recollection of any of it.  Aside from adding the elixir to drink and desert recipes, where it is welcome, the afflicted will attempt to sweeten gas tanks, hot tubs, windshield wiper reservoirs, tank sprayers, and shampoo bottles with the liqueur.

Baklavitis – One taste causes in rare persons and instant infatuation with all things related to this layered pastry, to the point of regression of interpersonal skills and withdrawal from society.  The diner is beset by visions of phyllo, chopped nuts and honey to the point of obsession. 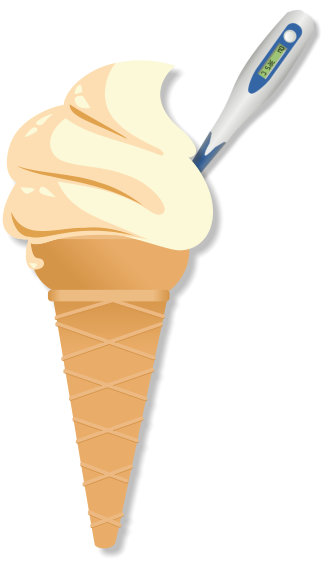 Brownie Bites – happens when the brownie bites back.

Crème Flêsh – In some individuals, consumption of the rich, naturally soured cream results in an instant transformation of the diner’s skin into a tangy, almost nutty flavored, smooth and velvety dermis, favored by dogs, cats and other house pets.  (See also, ‘Pralinenoma’, below.)

Crepe du Sweat – Eating just one bite of Crêpe Suzette causes some to break out into a sweat resembling the dessert’s carmelized sauce of sugar, butter, and orange zest, with a distinct bouquet of Orange Curaçao.  In extreme cases, diners have been known to burst into a momentary, yet harmless, flambé.

Gelatomonia – An extreme variation of the ‘ice cream headache’ effect, as gelato offers a much lower freezing point and higher viscosity, freezing greater areas of the mouth, sinuses, and throat and brain-pan.  Some ‘Gelatomoniacs’ seek out this excruciating pain as conditioning for alpine sports like free rock climbing and extreme skiing, claiming it a method to improve avalanche survival skills.

Lattè Intolerance – An extreme form of indigestion incited by this espresso and steamed-milk drink, which causes some individuals to recite entire Starbucks menu boards in response to others’ expression of political or social opinions, or television newscasts.

Lemon Harangue – ‘Stiff peaks’ are the holy grail of meringue preparation, the result of perfect whipping of the egg whites and sugar.  The first taste of this combination triggers in some futile attempts to stiffen one’s peaks by whipping the ingredients on rainy days, when a meringue should not be attempted.

Mochapause – Gradual decrease of monthly urges to have any and all things chocolate, and to disassociate with family members, friends, and associates who partake in any form of the treat. Often, a precedent elevation in hormone levels can lead to an extreme emotionalism called ‘Chocolatears’.  Promising therapies include the surgical implant of a device or ‘Mocha Chip’ that controls these side effects.

Moussecephaly – Increase in the size of one’s head caused by the tiny air bubbles in desserts whipped to light, airy textures.  Can range from light and fluffy to creamy and thick, depending upon whisking techniques, and aids in styling of the hair.

Pralinenoma – This epidermal swelling, or in extreme cases, tumor, is a result of a scarcity of this confection in one’s diet, causing sympathetic lumps resembling coated almonds to form on the skin.

Tartorexia – obsession with all things tart-like, expressing itself as a refusal to eat anything not in the form of a filling either savory or sweet, over an open-topped pastry base.

Tiramisnooze – Occurs when decaffeinated coffee is substituted for the espresso used to soak the ladyfingers in this Italian (Tiramisù =‘pick me up’) dessert, leading to an unwelcome drowsiness in some diners. 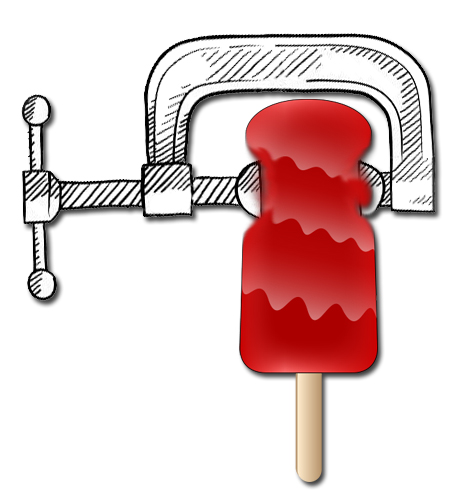 Upside Downemia – This blood condition is caused by a substitution of chopped fruit, sugar and butter compounds for red blood cells in certain individuals’ circulatory systems.  This causes the blood to run to a person’s head, causing a desire to be inverted.