The First Chocolatier on Mars 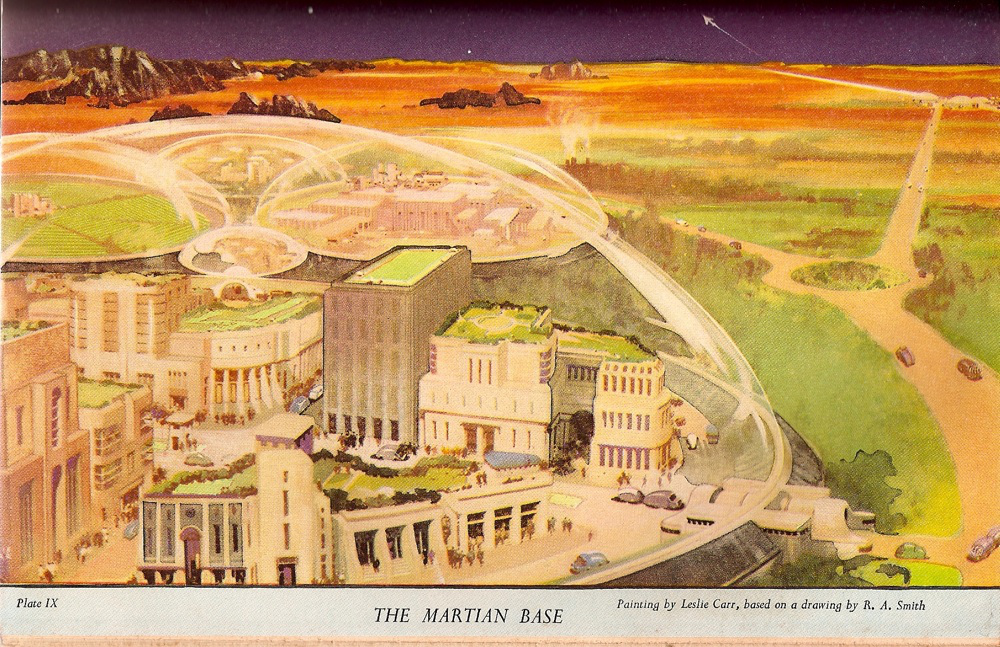 “The first Italian marble on Mars. Now, that was a big deal,” I said to her.

“Yes, my dear, when we became fertile.”

“Can I ever trust anything you say again, ever?”

“As much as my weight in cargo never sent on a freighter from Earth?”

“More than your weight in Arriba Cocoa, my dark-eyed beauty. And no, you never were any one’s ‘ballast’. No ‘Bébés pour le Chocolat’ were,” I smiled, in the way she liked a mother to, “There is no ‘ballast’ in spaceflight. And you, and all your friends know that.”

“It’s the anniversary,” she reminded us.

On this date, my husband Wyatt presided at the loading dock of Hangar Six as the first piece of stone not destined for scientific purposes was unloaded. An extravagance of improbable proportions, almost three-quarters of a ton of gleaming white Bescimi marble. To millions on Earth, and the thousands of us here, the logistics, and hence the expense, were scandalous. The debates raged for years, here and there. Wyatt was never concerned. By then, his work had proven itself.

“What was the problem then?” she asked, “I’ve read the equipment in the Project was state-of-the-art. And didn’t you work on the original tempering table with him, with the group?”

Arriba knew that chocolate must be tempered, its heat drawn off to change its crystals into a stable form. This allows the Chocolatier to control the shrinking, the gloss, and the hardness of the finished product.

“Your father’s first tempering table was a NASA construction designed by committee. An elegant solution, it seemed. It had worked during testing on Earth, but here, in our climates, our gravity and thermodynamics, there were problems not anticipated. He could not call ‘chocolate’ what came from its surface: the snap was weak, and no sheen was possible. The surface was entirely too ‘quick’, he said, despite a dozen revs of the program, several replacements of coolant pumps and manifolds, and variations on the nitrogen mix. I was in the group that worked on the code.” I tapped my temple with my forefinger; Arriba giggled. “That’s how I met your father.”

“For a long time, something was needed, if we weren’t entirely sure what it was. Generations of the sublimated, artificial flavors of rations and engineered foods had blighted our taste buds. The flavor of metal on the tongues of all was persistent, nagging. We drank electrolytes in solution, fruit juices and salines, anything to cut the sharp, metallic taste and nothing worked. It became a planetary scourge, an obsession, contributor to mood-swings and depression. All remedies failed, until the chocolate arrived.”

“In just days, ‘metalli-taste’ we called it, had vanished from Mars. Soon, other benefits of the confection’s addition to our rations were found, rumored from the mythology of early exploration, now confirmed. It was becoming clear that the combination of elements of this atmosphere and chocolate, of all things, yielded antidepressant, antioxidant, cognitive and memory benefits exponentially greater here than on any other world in the System. Here, where Deep Space Disease threatens, it’s life-saving, most agree.”

“But more than just a mood-stabilizer and source of free radicals, were those early, waxy and entirely too-sugary line-items in our kits…just the word ‘chocolate’ celebrated life here in a way that was long missing. Life was not just to be endured, breaths metered, fluids recycled and rations consumed. All were giddy with joy.”

It had taken years to convince Earth Agency to include an actual trained and commissioned Chocolatier in the manifest of a ship on its way here, and to permanently station one in that role In Planet. As a Chocolatier, not a part-time confectioner and full-time mission specialist. Or medic. Or engineer.

“Your father is a traditionalist, and not a fan of the sous vide; he feels the confection through the scraping and feathering of his palette knives. He wanted Bescimi marble, the type he was trained on, and he needed at least 20 square feet of it, 5 inches thick.”

“What he called ‘The Fool’s…what?”

“Yes, ‘The Fool’s Errand’ that first slab of Bescimi marble. Two-hundred fifty million dollars worth. All but five thousand dollars the cost of shipping.”

That one slab became an issue because Mars is, of course, a geological treasure-trove, though after years of research, nothing from these basalts, magmas or shales could be processed to perform with the thermodynamics and ‘feel’ of Earth marble. But critics felt that importing a piece would open the floodgates, and architectural requests would soon follow. Could we not make do with something our own?

“Nothing like Bescimi on Mars,” I had Arriba’s attention. “Your father and I wondered what could be substituted for the weight of the slab, an offset.”

“And that’s where you came up with your plan?” she asked.

“We and Earth seem to agree on precious little, but nothing is as sacred as the demographics, ‘The Demo Line’, the rate of transfers to, and births In Planet, and the distribution of genetics. They were, still are, even more invested in it than we. Jealously so. The children we proposed were to offset the weight, and advance our genes. And you were not even part of that calculus. At first. We submitted our application, but it was not clear we could…contribute.” I smiled, though not sure why, “And yes, at that point you were a ‘less’.”

“Couldn’t have you. It was me. I had…issues. And until then, your father and I were thankful it wouldn’t be an issue, a child. I’d been pretending I was indifferent to the idea of a family when the dream of the slab was fading for Wyatt. He said once in a quiet moment that he couldn’t imagine bringing children into a world that could not value what was important. I’d thought he was joking! He wasn’t. For some time, I convinced myself I wasn’t interested because I didn’t want to risk him realizing he may have married the wrong woman, I the wrong man. I didn’t want to risk myself thinking it.”

“Perhaps you should have won a Nobel, mother.”

“We have no birds in trees, no ocean breezes,” Arriba added, to my astonishment. “At the rate our atmosphere is forming, we should have lightning in 700 years. In the meantime, we have our…chocolate.” She paused, comically breathless. I studied her eyes briefly, for any sarcasm, irony maybe. “I like history,” she shrugged.

For our Colony, there was no expense spared for some things, while for others, no expense to spare. Three authentic American pinball machines were delivered a few years back, and quickly fell into disrepair for lack of spare parts. These became the poster children for program waste.

Did she know this, too?

I told her, “That fried-out, flooded, smog-shrouded steaming prune of a planet, Earth. We don’t need their money, we need their marble. Long ago now, ‘Which Way to Better’ was what we became. And still are. We’ve just finished Pad Nine and the new Vehicle Assembly Building. In one more generation, we’ll be flying there to pick up our own marble slabs, thank you very much, to supplement the three we have added just in your lifetime. We may hazard suit rash or visor burn, but at least we can walk our landscape, unfettered, unmolested. Our vistas are crisp and stunning, inspiring and pristine.”

This she knew: our confections were inspired by the landscapes of Oxia Palus, Tharsis and Cydonia, the stepped plazas and courtyards of our own recent architecture, polar vistas ignited by the sun: Light Years, Domines, Terraformas, I-Quads, or the ‘Bon Rouge’, of Dutched Rouge Mars Cocoa, a Mars-red bon bon with no equal in the Solar System. And Wyatt’s Marsoupia his signature whipped chocolate crème fraîche and Oolong tea reduction, found wherever people convene and beverages are served In Planet, dispatched even across open plains to our crews via Rover.

“Your father and his people temper the sweets for all: cocoa milk drops for the children, commemoratives for the military, favors for weddings. Birth, Death, and new living Space are the biggest events here, they’ve become proper nouns. And each has their commemorative confection.”

A monitor blinked on; Arriba and I moved to chairs for a better view. Live from the The Terraces of Daedalia, 2 sols travel, and the furthest extent of our world today. Wyatt’s demonstration was about to begin.

Arriba yelped as her father stepped into his single, trademark spotlight on the darkened stage, in crisp white chef’s jacket. When the polite applause subsided, he announced a recipe and noted a few ingredients. In seconds, his arms were pumping wildly the scrapers on the blinding white marble, the only sound the hiss of the blades across the stone, ‘ping!’ and ‘ding!’ as their edges clashed. Twists of his glorious black hair from behind both ears sprang like soft hooks aside his cheeks. In a whisper, he hummed.

The dark confection piled obediently, then spread with an inviting, glistening flourish; the crowd murmured with joy, and ceiling vents piped a tempting aroma to the corners of our world. A vast, collective sigh through the air-ducts and passageways followed, a planet-wide madrigal of wonder and relief.